The link between Nature Connectedness and Pro-Environmental Behaviours

Caroline Mackay and Michael Schmitt from Simon Fraser University in Canada gathered together 92 research studies involving over 27,000 people and found “compelling evidence for a strong and robust association between nature connection and PEB”. Adjusting for publication bias, they also found a significant causal effect of nature connection on PEB. They concluded that nature connection is a promising avenue for promoting PEB.

So, we now have good evidence that nature connectedness is a route to both human and nature’s wellbeing – and remember nature connectedness is the strength of a person’s relationship with nature, it’s not simply visiting and being in nature. At the University of Derby we’ve developed specific interventions to improve nature connectedness and the pathways framework to help people design their own, moving beyond traditional knowledge and learning focussed approaches.

Mackay and Schmitt’s research had robust inclusion criteria and defined nature connection as the sense of “oneness” with nature and the studies included in the analysis used standard nature connectedness scales and related emotional connection scales. They defined PEB as actions that would likely benefit the environment, measured by self-reports of PEB, intentions to engage in PEB, or observed behaviour recorded in a laboratory. They also coded private or public sphere behaviours, together with the different measures of PEB, including observed behaviour – the results provide good evidence that nature connection relates to actual behaviour.

The correlational part of the study could not provide evidence of a causal effect of nature connection on behaviour, so they also looked at empirical manipulations too. They found a publication bias in favour of studies with larger and more positive effects. However, they addressed this bias by including unpublished studies. They still found a significant causal effect of nature connectedness on PEB.

The causal effects in the analysis of experimental studies were weaker than expected given the relatively large effect sizes in the correlational data. The authors explain this through the discrepancy between how nature connectedness is measured and how it is manipulated. The experimental manipulations of nature connectedness often focussed on contact with or exposure to nature, yet from our pathways to nature connectedness we know it’s more than exposure – it is increased through sensory contact, meaningful experiences involving emotions, beauty and care for nature – this can be achieved by simple noticing the good things in nature. 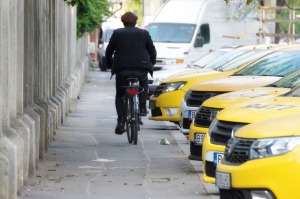 It’s interesting to note that there’s no discussion of the difference between PEB and pro-nature conservation behaviours – that is positive actions with impact on local wildlife versus PEBs that are often positive inactions that indirectly impact wildlife via reduction of carbon footprint and resource use. There is a huge disparity in awareness, coverage and psychological research into climate change and biodiversity loss. Yet, “Only by addressing both ecosystems and climate do we stand a chance of safeguarding a stable planet for humanity’s future on Earth,” Prof Johan Rockström, Potsdam Institute for Climate Impact Research in Germany. In some on-going work we know pro-environmental and pro-nature conservation behaviours are related, but different from a behavioural perspective. Surprisingly, given the crisis of biodiversity loss we’ve been unable to find a scale focussed on pro-conservation behaviours, so we’ve developed one – the Pro-Conservation Behaviour Scale (ProCoBS) – which we’ll aim to publish and make available soon.