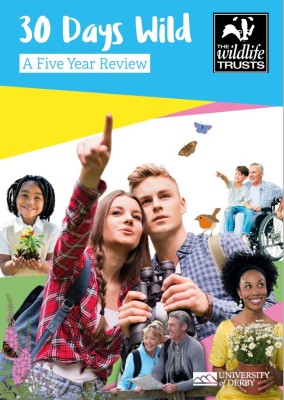 Back in 2015, the 30 Days Wild campaign set out to encourage people to value nature more highly in their own life, with an emphasis on commonplace and accessible nature experiences – every day of June.  These experiences, or Random Acts of Wildness, developed alongside the University of Derby, range from simple activities such as walking barefoot on grass or following a bumblebee, to activities which involve more time, such as building an insect hotel. In the first year 12,400 people signed up, but it’s grown each year with 400,000 taking part in 2019. A total of 1,000,000 people have taken part over the 5 years. Each year a sample of those taking part completed the evaluation beforehand, early in July and then again in September.

However, those overall figures hide an important story. Many people who take part in 30 Days Wild are already highly connected to nature. The combined data over 5 years allowed us to look at the increases for those who started with a lower level of nature connectedness – a mean of 38 compared to the overall mean of 58. For these people sustained increases in nature connectedness were a mighty 56% – indeed on average those starting with higher levels didn’t see an increase in connection. For the less connected, there were also higher increases in health 19%, happiness 13% and pro-nature conservation behaviours 11%. This shows two key things. First, the impact of simple engagement with nature everyday for a month. Second, the benefit of reaching out and attracting those not so close to nature. 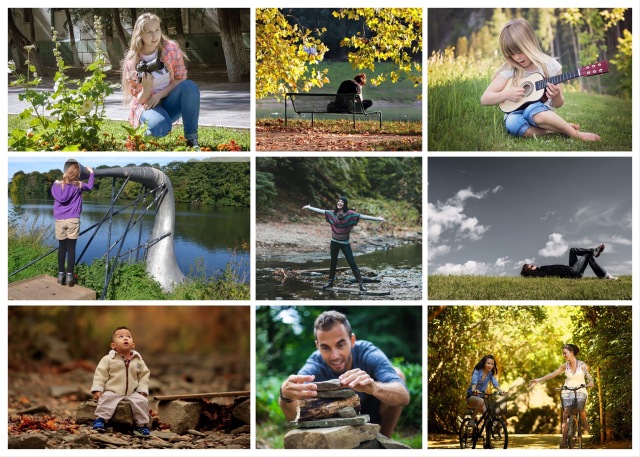 The climate crisis and wildlife emergency show that the relationship between people and the rest of nature is failing. 30 Days Wild shows that through engaging people with simple activities in nature that relationship can be improved – especially for the less connected. With that improved relationship bringing wellbeing and pro-nature behaviours. Through a new relationship with nature people can live a happier, more worthwhile and sustainable life.

Professor of Human Factors & Nature Connectedness - improving connection to (the rest of) nature to unite human & nature’s wellbeing.
View all posts by Miles →
This entry was posted in Uncategorized. Bookmark the permalink.